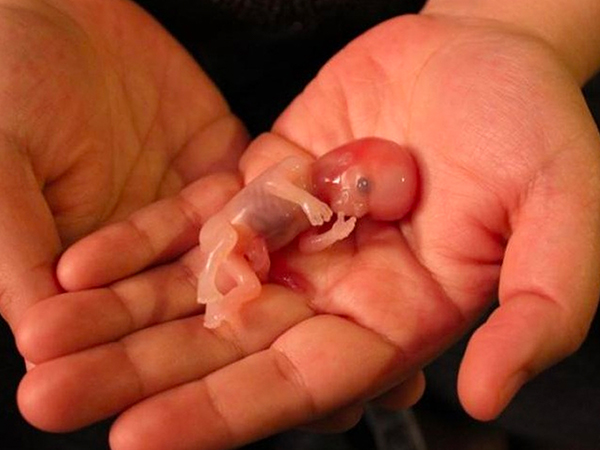 Miscarriage is not the most popular topic of conversation. But it
should feature in conversation as 1 in 4 pregnancies end in a
miscarriage.

How to cope with a miscarriage?
It is strange that miscarriage does not feature in regular conversation
considering the fact that approximately 1 in 4 pregnancies end in
miscarriage. This could be because we as a society possess little
information about miscarriage or have certain misconceptions about
it. Maybe we are helpless thinking there is no medical intervention to
prevent it. Miscarriage is death before life! Perhaps that is why
people don’t know what to say or choose not to say anything. But
that is precisely why miscarriage should be discussed more than it is.
The 12-week rule of non-disclosure of pregnancy to anybody should
instantly feature on top of the discussion. If there could be a
problem, shouldn’t we be more open about it instead of just
clamming up?
Is there any logic as to why a couple should keep their pregnancy a
secret till the 12th week mark, when the pregnancy is deemed as a
safe one? Is there any scientific logic behind this rationale?
It is unfair that one person carries the burden of this loss throughout
her life. She needs all the support that she can get. Not only from her
loved ones but also from society. So let’s make a collective effort as a
society to be more open, honest and empathetic.

Coping with miscarriage is probably one of the toughest things to do
for a mother as she’s lost a part of herself. Suggestions, although
with good intention that she can try again are insensitive. It is
sensible that she be allowed to grieve the loss as much as she wants
to. Only this will help her heal and move on in life.
The partner is the most important person she can lean on for
emotional support as he has shared the loss. Only by sharing and
caring for each other can both partners heal slowly. Family members
also play an important part.

How a miscarriage happens in early pregnancy?
What are the miscarriage signs? Mostly, the first sign of a miscarriage
is bleeding that progresses from light to heavy accompanied by
abdominal or back pain ranging from mild to severe and cramping.
Do see a doctor immediately if you experience any of these
symptoms.
Nearly 50 % of all miscarriages that take place in the first trimester of
pregnancy are caused by chromosomal abnormalities. These may be hereditary or spontaneous — in the fathers sperm or the mothers egg. However, there are both known and unknown factors that could also cause miscarriages, like:
 Infection.
 Exposure to environmental and workplace hazards such as high
levels of radiation or toxic agents.
 Hormonal irregularities.
 Improper implantation of fertilized egg in the uterine lining.
 Maternal age.
 Uterine abnormalities.
 Incompetent cervix.
 Lifestyle factors such as smoking, drinking alcohol, or using
illegal drugs.
 Disorders of the immune system
 Severe kidney disease.
 Congenital heart disease.
 Uncontrolled diabetes.
 Thyroid disease.
 Radiation.
 Certain medicines, such as the acne drug isotretinoin.
 Severe malnutrition.
 Group B beta strep.
It is to be noted that there is no medical evidence that stress, or
physical or sexual activity causes miscarriage.

Are miscarriages painful?
It is not necessary that all miscarriages will be physically painful, but
cramping is common among most affected women. The cramps can be really strong for some, and light for others. Vaginal bleeding is also a common sign and so is passing large blood clots up to the size of a lemon.

Can a miscarriage be stopped?
Normally, one cannot stop a miscarriage once it has begun,
irrespective of the trimester one is currently in. Once a miscarriage is
identified, it denotes the end of the pregnancy. But, in some cases,
the symptoms are indicative of a condition known as ‘threatened
miscarriage’. This occurs in women less than 20 weeks pregnant.
There is heavy bleeding and one assumes that the pregnancy has
ended. However, if the foetal heartbeat still exists, the pregnancy
can continue, despite the signs of a miscarriage. In some cases, the
doctor plays a vital role to prevent a full miscarriage.

Was this article helpful for you? Do you think the 12 week
pregnancy rule is a good rule to be followed in today’s times? How
can we help someone cope up with a miscarriage? Do write in!