Is it safe to drink wine & spirits during Pregnancy? 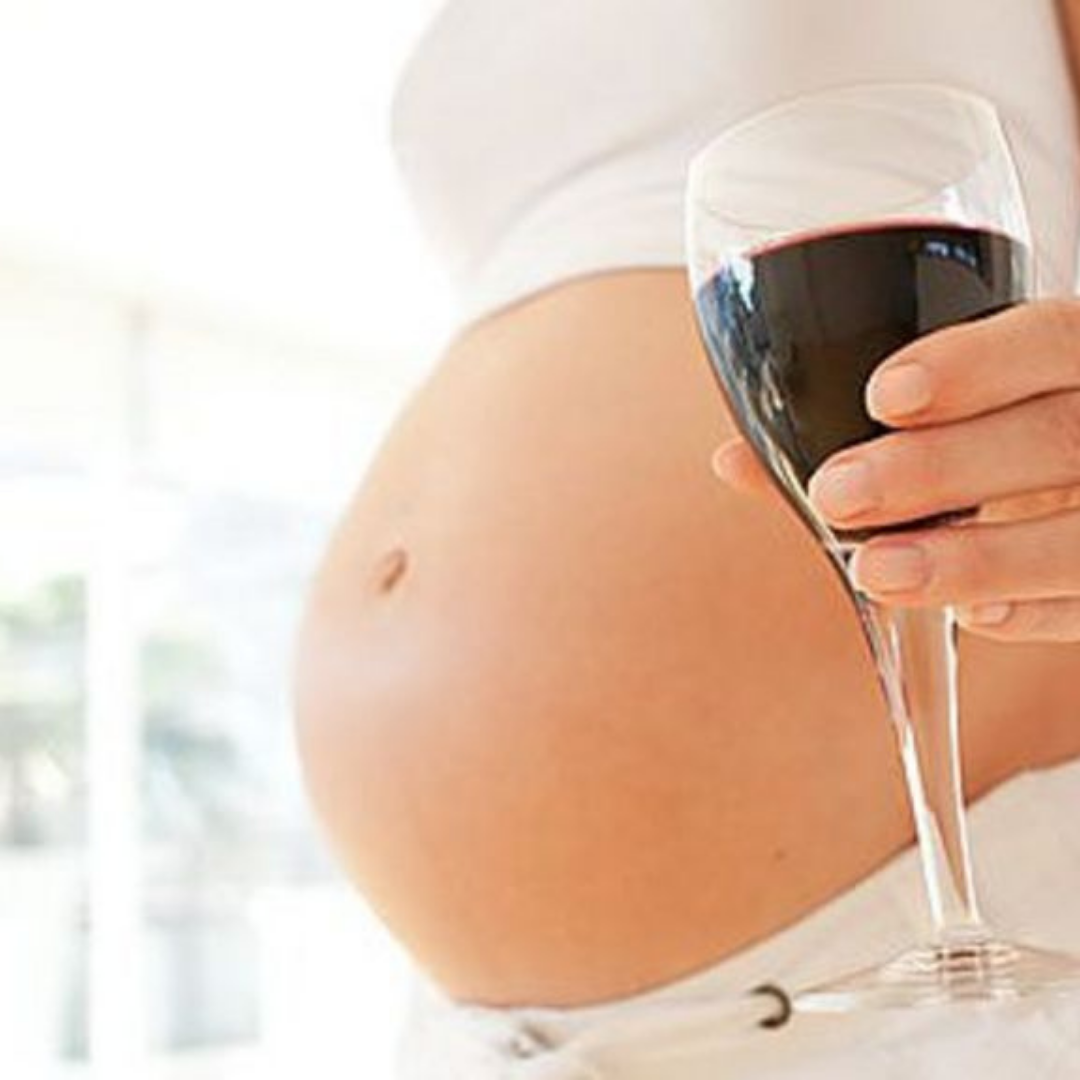 Some reports on the internet have suggested that red wine is safe to drink during pregnancy. These are purely misleading as it is not safe to drink red wine or any other form of alcohol if you are pregnant or breastfeeding. Wine isn’t any safer than any other forms of alcohol, like spirits. All over the world, the health risks caused by alcohol during pregnancy have the same outcomes.

All of us need to unwind at the end of a gruelling day. Many do so with a drink. But when you are pregnant, you cannot afford to do the same for the sake of your baby. So how about replacing the wine or spirit in your glass with some cool coconut water, herbal tea or some fresh grape juice? Remember that this is just a phase that will be gone soon and you can have your favourite drink once it’s all over. Also remember that your baby feeds or drinks whatever you are consuming. None of us want baby consuming alcohol before s/he is even born, do we? Furthermore, it takes the foetus twice as long to eliminate the alcohol from its system than it takes the mother.

The Risks of Light Drinking During Pregnancy

Unfortunately, there’s no safe limit that has been set when it comes to alcohol consumption during pregnancy. That’s because alcohol is something that is an uncontrollable addiction for many and not just a stress buster. Limiting oneself to one glass or drink a day is sometimes just not possible. Hence, medical boards across the world have wisely set no safe limits of alcohol consumption for pregnant women realising the dangers behind it. But yes, it is a universally accepted fact that the more you drink the more damage you do to your baby. Even moderate alcohol consumption during pregnancy that is one or two drinks a day to heavy binging once in a blue moon that is five or more drinks can cause serious damage to a foetus during pregnancy. There can be many long term health and developmental impacts as a result of drinking during pregnancy. Babies will often end up with drinking problems of their own in adulthood.

Heavier drinking during pregnancy which means having three or more drinks every day and binge drinking can cause serious problems and is termed as ‘the hangover that lasts a lifetime.’ If that doesn’t sound scary enough, understand that this condition causes higher mortality rates and makes infants undersized and mentally deficient, sometimes with multiple deformities of the head and face, limbs, heart and central nervous system. If you’ve got a baby on board, quit that alcohol immediately.

There are many moms who’ve had a drink only to realise later that they were pregnant and didn’t realise that they were while having that drink. While that’s natural, good advice would suggest that it’s best to stop drinking as soon as you start trying to conceive or make a baby.

Tips for quitting drinking during pregnancy

So, how do you pass up that drink when you are pregnant? No one will force you during pregnancy to drink and it is you who has to control yourself in case you are at a party or social gathering where temptation might get the better of you. For those of you who like a drink before dinner, you have to make a great effort to abstain from drinking than others who are not addicted to alcohol and may hate the taste and smell of it during early pregnancy. Remember that a lifestyle change is just what the doctor ordered. Here are a few tips to stay sober:

Was this article helpful for you? Do write in to us with your suggestions, tips, questions and pregnancy experiences. We’d love to hear from you moms out there!

Can you drink spirits when pregnant?

Your baby cannot process alcohol as well as you can, and too much exposure to alcohol can seriously affect their development. Drinking alcohol, especially in the first 3 months of pregnancy is a strict no, as it can have many negative impacts.

Will a sip of alcohol hurt my baby?

How many glasses of wine can you drink while pregnant?

The evidence that light or occasional drinking in pregnancy was harmful was “surprisingly limited” but scientists advised expectant moms are advised to avoid alcohol.

What if I drank alcohol in the first month of pregnancy?

There are a couple big concerns with drinking early in pregnancy: miscarriage and foetal alcohol syndrome disorders.