Impact of smoking during pregnancy 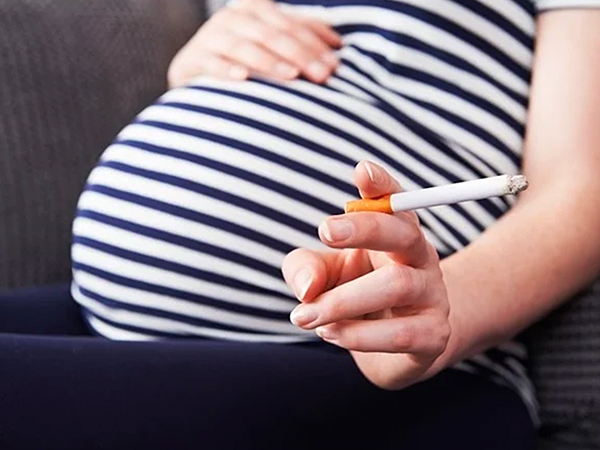 Picture this scene: You deliver your baby and as soon as baby is born, you put a cigarette to baby’s lips and light it. Baby puffs away!

If the above scenario seems preposterous and outrageous, it is intended to be so. It should be enough to convince anyone as to why it’s harmful for pregnant mothers to smoke. It’s as good as your baby smoking a cigarette! If your health concerns aren’t enough reason to make you quit smoking during pregnancy, the health of your baby should be. That’s because if you smoke during pregnancy, it affects your baby’s health before, during and after pregnancy as well. The addictive stuff in cigarettes is called nicotine. Nicotine, along with carbon monoxide and several other poisonous substances that you inhale from a cigarette are carried through your bloodstream to reach baby directly. The amounts of oxygen that is available to both you and your growing baby are reduced drastically, baby’s heart rate increases and there are chances of miscarriage and stillbirth as well. Your baby might be born prematurely and/or born with low birth weight. Other impacts include chances of baby developing respiratory (lung) problems, birth defects and the risk of Sudden Infant Death Syndrome. There are no safe levels of smoking for a pregnant woman. The more you smoke, the greater the chances of baby’s health problems.

How Does Second-hand Smoke Affect Pregnancy?

Second-hand smoke is also called passive smoke or environmental tobacco smoke. It is nothing but the combination of smoke from a burning cigarette and smoke exhaled by a smoker. So, even smoking near a pregnant woman is harmful for both the mother and her baby. Smokers beware!

It’s astonishing how passive smoke actually contains more harmful substances like tar, carbon monoxide, nicotine, and others than the smoke that is inhaled by a smoker. It is equally if not more dangerous to a foetus. Now, you know this!

Despite being aware of the fact that smoking during pregnancy is a strict no-no, many pregnant women still smoke, creating unwanted risks for themselves and their babies. Smoking is an addiction and it’s difficult to quit smoking. But it’s not impossible if your health and your baby’s health are at risk. In a shocking survey across the world, it was revealed that almost 10 percent of pregnant women smoked during the last three months of pregnancy. Most of these women found it difficult to kick the habit.

Here are some tips that may help you kick the habit and stop smoking during pregnancy. May God help you if you still choose to smoke!

To conclude, if you are not strong enough to quit smoking during pregnancy, maybe you are not ready to have a baby. If both partners smoke, it is suggested that both of you quit the habit while you are bringing a baby into this world. That’s when the term ‘we are pregnant’ makes more sense, don’t you think?

You ask and we answer!

What birth defects are caused by smoking?

Smoking doubles your risk of abnormal bleeding during pregnancy and delivery. This can put both you and your baby in danger. Smoking raises your baby's risk for birth defects, including cleft lip, cleft palate, or both. A cleft is an opening in your baby's lip or in the roof of her mouth (palate).

Smoking during pregnancy can also affect a baby after he or she is born, increasing the risk of: Sudden infant death syndrome (SIDS) Colic and Asthma.

How does smoking affect a baby's development?

How bad is smoking during first trimester?

Smoking during pregnancy raises the risk of your baby being born with birth defects. The most common types of problems are congenital heart defects and problems with the structure of the heart. Other health issues that have been linked to smoking while pregnant include cleft lip and cleft palate.